ForceNet is a secure, anonymous and decentralized internet that anyone can use, all the way from simple end-user site hosting and file sharing to enterprise-grade services such as video streaming and VoIP.

Based on a 3-tier network model, ForceNet combines the necessary elements from traditional internet services, such as global coverage, redundancy, scalability and high performance, with state of the art blockchain technology enabling high-grade encryption, anonymity and consensus, meaning that no single entity has the power to take down services and censor users and user assets.

ForceNet aims to become the world's first enterprise-grade, high-performance and fully scalable decentralized internet-like network, that is ready for mass adoption. We believe that a decentralized network is a more efficient and democratic structure than existing models and are building a robust backbone that will cater to today's increasingly performance-hungry world of high-speed information.

ForceNet makes use of Force (i.e. Forcecoin), its underlying cryptocurrency token (similar to Bitcoin, Ethereum, Dash and others) in order to govern the network's own economy. Transactions can be made using Force to exchange value between users and pay for services rendered by the network. Force is a fully private currency which supports instant transactions, that are overseen by its vast network of Supernodes - dedicated servers that maintain the integrity of the network. Automated trading will be the next step where inverstors can save time and effort. There are already many Bitcoin automated trading apps in the market which have consierably raied the price of Bitcoin. Check this cryptosoft erfahrung to learn about how they operate.

ForceCoin uses powerful cryptography with each transaction being confirmed by a vast array of users who dedicate existing funds (Proof of Stake) to maintain consensus of its distributed ledger (the blockchain) and are rewarded for their efforts.

ForceCoin incorporates a Stealth Addresses capability to ensure that your financial record remains fully confidential and free from scrutiny.

ForceCoin utilizes InstantX technology which allows each transaction to be sent and confirmed in split seconds by powerful servers spread across the globe.

ForceCoin is a disinflationary currency with a strict economic policy in place to regulate how many coins are created every day. As time goes by, less and less coins are minted until a hard cap of ~220m total coins is reached.

ForceNet is run on top of a vast cluster of hosting servers and relay nodes worldwide who maintain the network, host and deliver content as well as provide redundancy against one another. It is virtually impossible for the network to suffer any downtime.

ForceNet's array of nodes is located in dozens of countries on multiple continents with each given an equal voting right, ensuring that no single point of failure exists and that the network cannot be governed by a single or even a handful of parties.

With an infinitely scalable infrastructure and an extremely low cost of setting up a node and contributing to the network, ForceNet's performance is virtually unlimited and can dynamically grow to accommodate any growing needs.

By nature, ForceNet's protocol provides anonymity to users as anyone can use, host, serve and operate a node on the network. Except for dedicated services that require it (such as social networks and email services), users do not need to disclose personal information in order to make use of its various services. 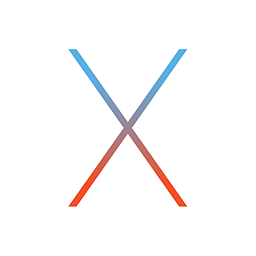 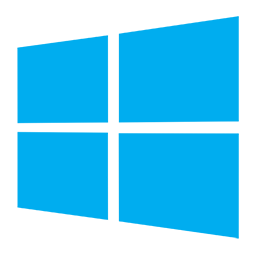 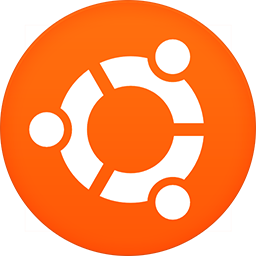 Several exchanges are available in the market for performing trading. With safety and convenience, you may begin trading with any of the top crypto exchanges. Using automated trading exchanges helps to trade a variety of cryptocurrencies. Because automatic trading programmes produce significant profits, it is prudent to employ them and follow the current trend. Any trading software that has been demonstrated to be reliable and profitable can be used. Bitcoin Pro is our top pick and you can start with Bitcoin Pro by downloading it from the Play Store. When compared to other tools, the risk is modest, and the profit rate is rather high. This software trades 24 hours a day and does not miss any patterns.

ForceNet is a secure, anonymous and decentralized internet that anyone can use, all the way from simple end-user site hosting and file sharing to enterprise-grade services such as video streaming and VoIP. Based on a 3-tier network model, ForceNet combines the necessary elements from traditional internet services, such as global coverage, redundancy, scalability and high performance, with state of the art blockchain technology enabling high-grade encryption, anonymity and consensus, meaning that no single entity has the power to take down services and censor users and user assets.

NetNodes require a collateral as low as 50 Force coins and are compensated for the network services that they offer.

Steps below set up a cold storage node, this means the collateral remains in your cold wallet that you can take offline to keep the funds secure. In an ideal world, a 'cold wallet' is a cheap computer you use only to manage crypto wallets and you unplug it when you are not using it. At the end of the guide, there is an option to receive the rewards from the Masternode in a hot wallet that is online for staking

On the cold wallet

The return value of this command is your Masternodes key, this key is used to prove you own the collateral for the node without having to share the private key that is able to spend the coins.

This command will return an address you send the fund to. Note: 'masternode' is the label of the address in the wallet, if you have multiple Masternodes it is best to create a unique address and label per node.

Send the 500k force to the address generated in the previous step, this needs to be done in one transaction. (if multiple transactions are used it is not possible to get the correct txid with vin to identify the collateral)

To use the collateral one needs to get the transaction id (txid) and the index of the output value (vin) in that transaction.

a) Use the debug console

Open the console as before, type in the command:

This returns a list of key-value pairs (or just one value pair) that holds the info needed. One of the key value pairs is new txid and vin for the Masternode.

b) Use the explorer

Look up the address on the explorer http://for.explorerz.top:3027, sins it is a new address and only one transaction should be sent to it you can see the transaction id.

On the remote server.

Note: Setting up a secure and stable server is a whole topic of its own. Sins this guide only looks at a cold wallet setup your funds are never at risk because they remain on the cold wallet and the server has no info to spend them.

Note: The guide assumes you are able to set up a VPS and connect to it using putty or some other secure shell. The second assumption is that you are using Ubuntu 16.04 as Operating System (OS) on the virtual private server (VPS).

Next make the script executable and then execute it.

The script will install the force daemon and ask you for info required to configure the Masternode. After the script is done it will exit and the master node will remain active waiting for it's start command from the cold wallet. Once it is done you can exit the VPS and continue with 'Stage 3'; when the script fails try a manual setup or ask for help.

Note: The script says to use port '37245' but further down this guide uses port '37246' both ports will work but if you ever need to interact with the RPC interface of the node using port '37245' will require you to do some extra configuration. (some monitoring tools require RPC access to the node to check it's status)

No matter what port you use it needs to be the same on the VPS and the cold wallet!

In case the script fails or you are using a different OS, a manual install might be required.

Put the info below in the configuration file and replace '<...>' with your info.

Start the node (enter to go back)

Make sure it is running

At this point, your node is ready for the start command to be sent from the cold wallet. Log out of the VPS and make sure it keeps running.

Back on the cold wallet.

In the wallet go to:

A new window pops up asking you for node info.

Press 'ok' and then 'update' in the main window. The node should now be visible in the list and you can select it followed by the 'start' button to get the node running. Leave the cold wallet open for a while so it can send the command out to other nodes and shortly after you should see rewards coming in. (How long till the first reward depends on network state)

That is all there is to it, enjoy the returns and hold.

If new updates come out it is not required to repeat all steps mentioned above. You just update the cold wallet as you would any other wallet and then you have to update the remote Masternode on the VPS before starting the master node again from the cold wallet.

Simply remove the old script, download the new one and run it again. Note that this will require the info you used the first time again.

When using the manual setup the source needs to be compiled again but configuration stayed in place.

Start the node and check it.

Once this is done it might be required to go to the cold wallet and execute the start command again from the 'Supernodes' -> 'My Master Nodes' window.